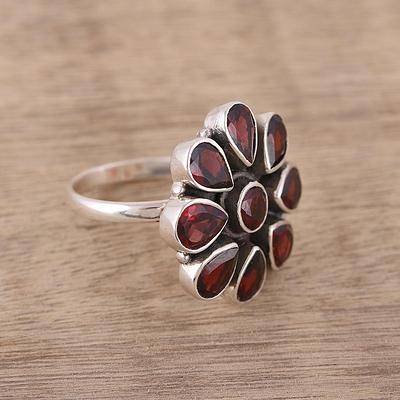 Garnet is the birthstone for January

Garnet birthstone jewelry is usually made from deep red pyrope – although there are many other types and colors of garnet. In birthstone folklore the meaning of garnet is trust, loyalty and compassion.

Garnet gemstones set in jewelry is a lovely gift for your family with January birthdays. Or treat yourself to a special piece to wear during January. Garnet is the only birthstone for January, one of the few months that don’t have alternative birthstones.

Browse this unique selection of stunning Garnet birthstone earrings and Garnet birthstone necklaces handmade by international artisans. The jewelry is imported and distributed in the USA by Novica, a global fair trade organization that assists skilled artisans in building sustainable businesses. They cover all customs and import duties to USA destinations, so customers only pay local shipping.

Balinese artisan Komang was born in Celuk to a family of master jewelers and started designing silver jewelry from a very young age. Although his styles reflect his cultural influence, Komang has added his own unique flair and now partners with Novica to distribute his popular jewelry worldwide.

Here is a selection of Komang’s intricate Garnet earrings – themed on butterflies and dragonflies: 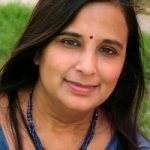 Neeru Goel, who lives in India, was inspired by her grandmother’s in-depth knowledge about how jewelry was made and so began developing her own jewelry designs. Neeru has now been associated with Novica for more than thirteen years and over 350 positive reviews are testament to her talents and passion.

Here are some of Neeru’s beautiful Indian style Garnet necklaces:

Narayani from India was inspired by both her mother and later in life by her own daughter to also try her hand at designing jewelry. She says “As the saying goes, it’s never too late to fulfill your passion and so here I am, living my dreams which were somehow, somewhere, hidden deep within me.” Clearly the artistic streak runs in the family!

Here are some of Narayani’s attractive Garnet strand necklaces: