The March Birthstone is Aquamarine

The birthstone for March is Aquamarine and thus the March birthstone color is light blue, the primary shade of Aquamarine.

The alternative March gemstone is earthy Bloodstone and both gems are listed as official March birthstones.

The word 'Aquamarine' means ‘water of the sea’ in Latin and this gemstone is associated with many legends of sailors. It also aptly reflects the tranquil blue-greens of the ocean, symbolizing calm and peace.

Besides being a meaningful March birthday gift, Aquamarine jewelry is also given to celebrate a 19th wedding anniversary.

Watch the short, informative videos below highlighting the history, symbolism and properties of this beautiful gemstone.

The Aquamarine mineral is a type of beryl and is formed over millions of years when water became trapped in rock cavities during geological processes. The six main varieties of beryl are aquamarine (blue-green), emerald (green), morganite (pink), red beryl (red), heliodor (yellow) and maxixe (deep blue).

Most Aquamarine comes from the Minas Gerais region in Brazil but it is also mined in Afghanistan and Pakistan in Asia; and Madagascar, Mozambique, Nigeria and Zambia in Africa. Many trade names for the different colors of Aquamarine are based on the country where that color was first discovered eg. Brazil Aquamarine, Madagascar Aquamarine.

One of the largest aquamarine crystals of over 10 000 carats was found in Brazil in the 1980s, and is called Dom Pedro after the Brazilian emperors. A German gemstone artist cut the crystal into a brilliant light reflecting obelisk which is now housed in the Smithsonian Museum.

Often Aquamarine is heat treated to remove impurities and improve its clear blue color, a widely accepted practice in the jewelry trade. If very pale Aquamarine is irradiated to darken the blue color, it is then known as blue beryl. The attractive blue shades of Aquamarine are popular in gemstone jewelry and in particular March birthstone jewelry.

The alternative birthstone for March is earthy colored Bloodstone also known as Heliotrope. It is a green opaque micro-crystalline quartz dotted with red spots caused by iron oxides. These red spots resemble drops of blood, hence the gemstone's name and legends of Bloodstone associated with the blood of Christ on the cross.

Bloodstone is a soft stone usually carved into cabochons and various shapes by artisans, or simply set as polished pendants highlighting the striking colors in jewelry for March birthdays. 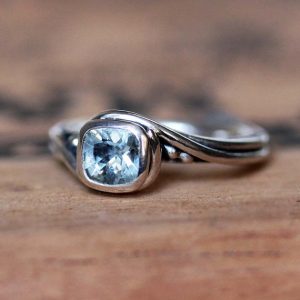 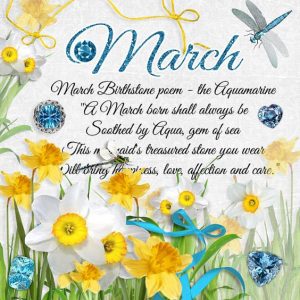 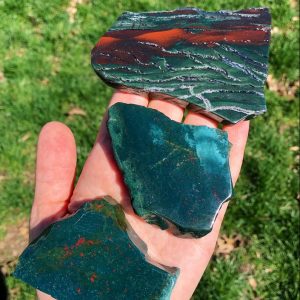 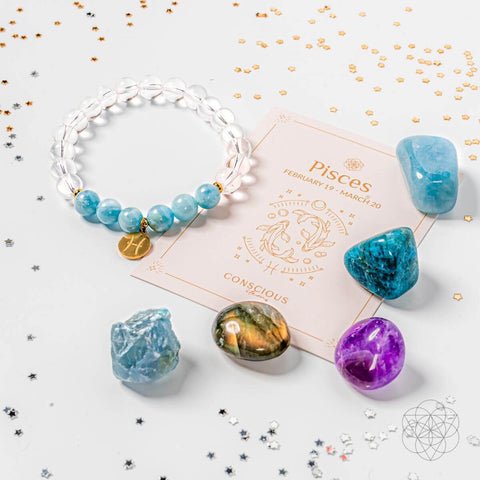 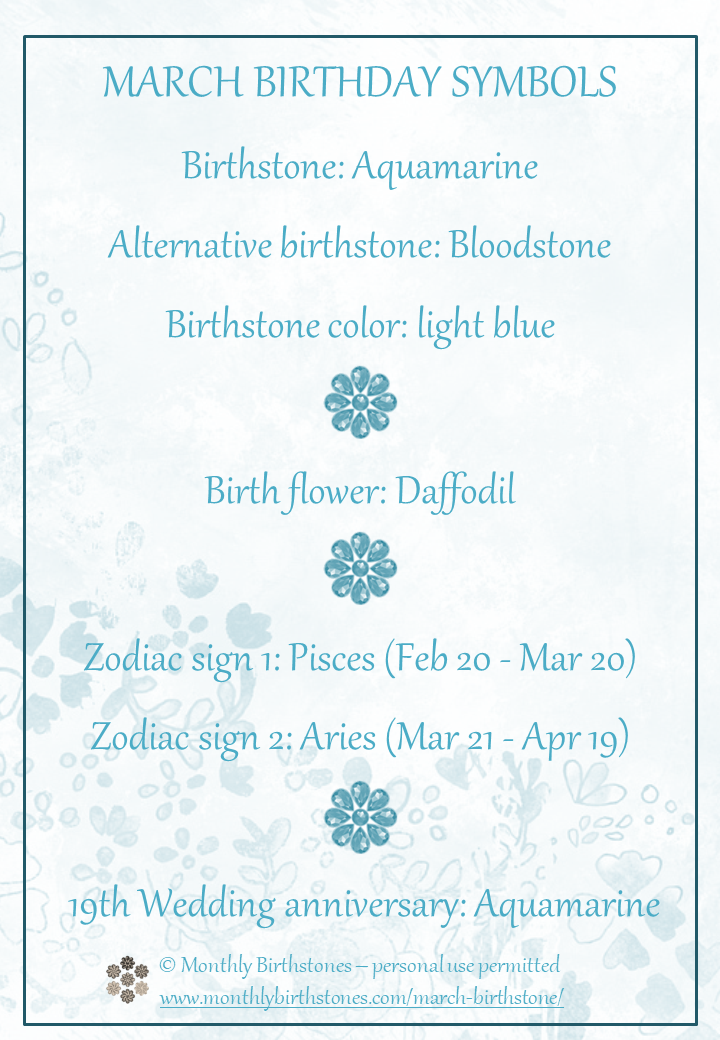 Annual List of Birthday Symbols and Zodiac Signs by Month

Discover facts about your MARCH Birthday