The November Birthstone is Topaz

The traditional birthstone for November is warm yellow-orange Topaz (also known as Imperial Topaz) and thus the November birthstone color is yellow. The alternative November gemstone is sunny yellow Citrine and both Topaz and Citrine are listed as official birthstones for November.

Besides being a meaningful November birthday gift, Imperial Topaz jewelry is also given to celebrate a 23rd wedding anniversary and Citrine jewelry a 13th anniversary.

The gemstone Topaz symbolizes constancy, loyalty, faithfulness and friendship and Citrine is associated with happiness and success.

The November Birthstone Color is Yellow

Pure Topaz is actually transparent and it is impurities that create the different colored varieties. In addition to the yellow to orange range, Topaz also occurs in exquisite shades of blue, pale green, pink and red. Natural blue Topaz is very rare and most of the blue Topaz in the market is colorless Topaz that has been treated.

Natural golden Topaz, under the trade name of Imperial Topaz, is quite rare and not often found in jewelry. Usually clear Topaz is treated to produce beautiful sunset colors such as Mystic Topaz which is often found in November jewelry.

Most precious Topaz used in jewelry comes from Brazil and Russia, but Imperial Topaz is only found in Brazil.

Discover more about topaz gemstones and topaz history and symbolism.

The Alternative November Birthstone is Citrine

The second or alternative birthstone for November is Citrine, a pale yellow quartz which occurs very rarely in nature. The only location known to date is a mine in Bolivia. Citrine gemstones are also known as lemon quartz or cognac quartz.

When Amethyst quartz is heated it transforms to Citrine quartz and in some deposits geological heating has caused this process to occur naturally. In other instances Amethyst is mined and then manually heated to produce Citrine.  This process is followed in Brazilian mines where much of the world's Amethyst is found.

When both Amethyst and Citrine are intermingled in the stone, it is called Ametrine, and can be found naturally in Bolivia.

Citrine is a readily available gemstone and is popular in November earrings and other gemstone jewelry.

Discover more about the history of citrine. 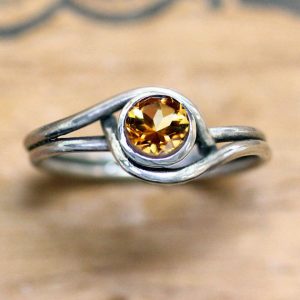 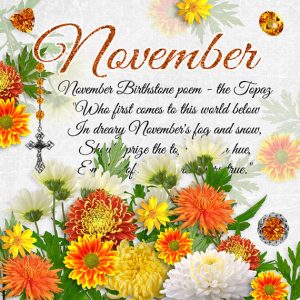 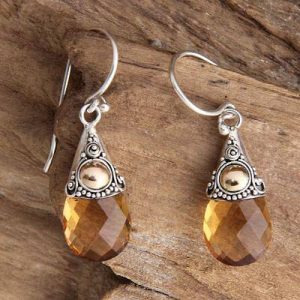 List of Birthday Symbols and Zodiac Signs by Month

Discover facts about your NOVEMBER Birthday