The birth flowers for September are the pretty Aster and the beautiful Morning Glory, flowering during the month of September in the Northern Hemisphere.

The first birthday flower of September is the Aster. Asters are a group of about 180 types of flowers occurring primarily in Eurasia, many of which are food plants for moth larvae.

Belonging to the daisy family, Asters are often called "Michaelmas daisies", as they bloom over the Michaelmas festival on the 29th September.

Asters have a star shaped flower head and the name originates from both the Latin and Greek word aster meaning "star".

There are many types and colors of Asters but most have blue or lilac flowers.

The language of flowers introduced in Victorian times says that the meaning of Asters is love, faith and wisdom.

Aster is the flower to celebrate a 20th wedding anniversary. 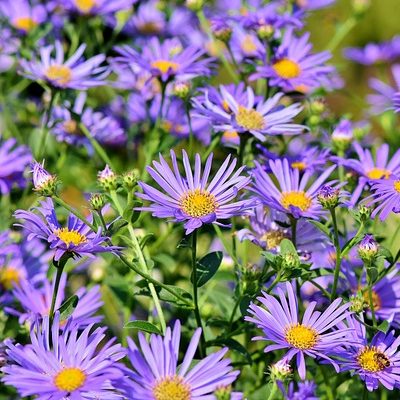 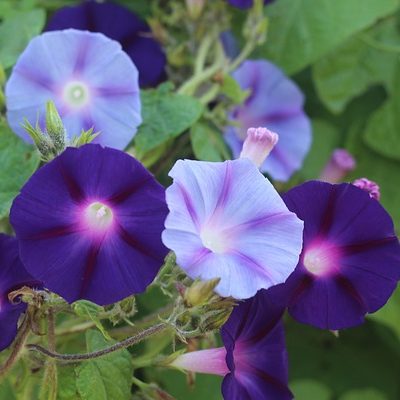 There are nearly 1000 types of the second flower for September, the Morning Glory, as well as many cultivated varieties.

The genus name Ipomoea is derived from Greek words meaning "resembling" and "wood worm" referring to the long, winding stems.

Some varieties are edible and used in many Asian dishes as well as for medicinal purposes.

Some of the symbolic meanings of the Morning Glory are affection, humility and spontaneity.

Here is an interesting in depth article on the birth flowers of September, including the Forget-Me-Not which is also considered a September birthday flower in Britain.

Greek goddess Asterea cried because earth lacked stars; Asters grew from where her tears fell. Hence, Asters are a love charm having mystical powers. Asters are named after the shape of its flower head, the Greek word for star. Like stars in the sky, Asters can be found everywhere because they grow in tropics to cooler regions of the North. And whatever country you may be in, including Sweden, France, Spain, Netherlands, they are still called Asters.

Asters are part of the Asteraceae family of approximately 600 species. Also known as Michaelmas Daisy, Starwort, Frost flowers, an Aster is a collection of very tiny tubular flowers around a yellow central disk giving the illusion of a single flower. They come in a rainbow of colors -- white, red, pink, purple, lavender, blue.

Though Asters are easy to mistake for daisies, they are smaller and are closely related to chrysanthemums. Asters are ideal as a tabletop flower bouquet or center arrangement on its own or complementing other flowers. 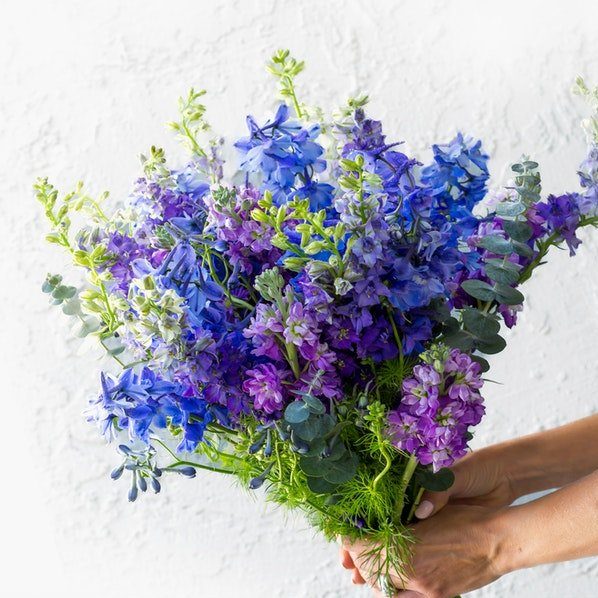 Heavenly Blue, Crimson Rambler, Pearly Gates -- monikers for this flower that America has as an alternative September birth flower. The Japanese call them Asagao. Asa meaning morning; kao for face.

Its name says it all: flowers that bloom in the morning, but by afternoon starts dying. A large open saucer-shaped flower, it is easily pollinated by birds and bees bringing new blooms daily. This flower represents "Love in Vain".

Morning Glory is a common name for over 1000 species in Convolvulaceae family. It grows as a vine producing white, blue, red, pink, purple and yellow flowers.


The flower of remembrance, the most romantic tale behind it name is: A medieval knight, walking with his maiden along a riverbank, stopped to pick a flower bouquet but fell into the river due to the weigh of his armor. As he drowned, he threw the flower bouquet to his maiden and shouted, "forget me not!".

Throughout history, lovers have gifted a flower bouquet to each to express longing, devotion, love. When sending flowers, understanding their birth flower is a great way to go. The tales behind the flower bouquet can be entertaining, but always, a flower bouquet has a language of its own.

Sarah lives in Australia. Her website provides flower bouquet and arrangements for international delivery and year-round gifts for every occasion. For more information on sending flowers, gift baskets plus more, visit [http://www.flowersgiftbasketideas.com] today! Sending flowers and gifts made easy. Make it easy for yourself to show your loved one you care - fast and simple.

Article republished with permission from EzineArticles.com 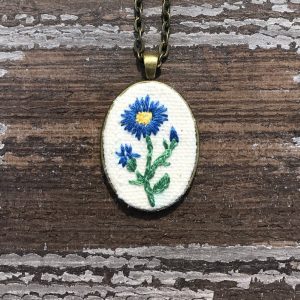 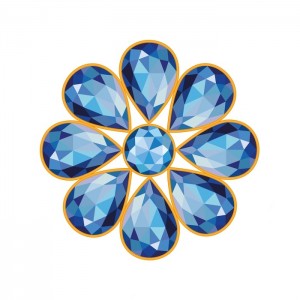 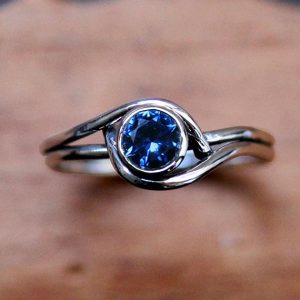